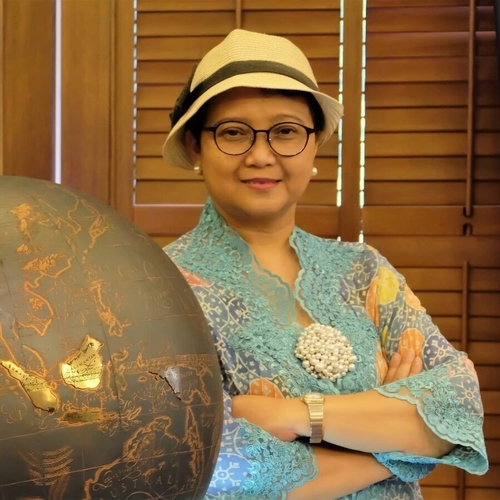 Minister for Foreign Affairs of Indonesia

Ms. Retno Marsudi is the first female Foreign Minister of Indonesia. She has been spending her career as diplomat at the Ministry of Foreign Affairs for 33 years. In 2017, she received the "Agent of Change" Award from the United Nations (UN Women) for promoting Gender Equality and Women's Empowerment at an international forum. Minister Marsudi has served various post at the Ministry of Foreign Affairs such as Director General of America and Europe, Indonesian Ambassador to Norway and Iceland and Indonesian Ambassador to the Netherlands.