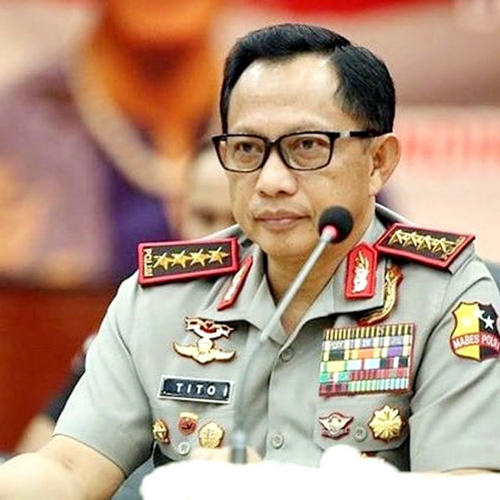 Minister of Home Affairs of the Republic of Indonesia

Police General (Ret) Prof. Drs. H. Muhammad Tito Karnavian, M.A., Ph.D. is the Minister of Home Affairs of the Republic of Indonesia since 23 October 2019. Before serving as a minister, he served as Head of the Indonesian National Police. He has comprehensive knowledge and experience in counter terrorism since he was former Chief of Anti Terror Special Detachment and Chief of National Agency for Counter Terrorism. He has been assigned as the Chief of Papua Regional Police, Chief of Metropolitan Police in the Capital City Jakarta and Head of Police of the Republic of Indonesia. Police General (Ret) Tito hold degree from University of Exeter, UK, mastering the policy studies and a Doctor of Philosophy in Strategic Studies with interest on terrorism and Islamist Radicalization at S. Rajaratnam School of International Studies, Nanyang Technological University, Singapore